About 380,000 years after the Big Bang, our still relatively young universe reached an important milestone. It was still very hot, but just cool enough for neutral atoms to form from the electrons, neutrons and protons that had been flying around freely until then. The light particles, photons, which had been created and absorbed over and over again in the time before, could suddenly move freely - all of a sudden the universe became transparent. In the reverse conclusion this also means that before this time no light could escape from the "hot mush". Telescopes are of no use to us here - science had to develop other devices to track down the early universe: Particle accelerators.

The “view through the window” shows the distribution of cosmic background radiation. It is a remnant of the Big Bang and the oldest light in the universe. Its properties tell us more about the state of the universe when it "suddenly" became transparent to this radiation about 380,000 years after the Big Bang. At this time, the universe was almost perfectly homogenous – a little bit like the surface of a lake on a windless day. The bright and dark areas show the tiny variations in density of this early universe. To make them visible the colour contrast has been enhanced by a factor of more than 10,000. These variations were the basis for the formation of our stars and galaxies today. Therefore, cosmic background radiation provides direct evidence that the Big Bang theory is correct.

Cosmic background radiation can be used to calculate all the major characteristics of our universe, such as its age, density, and development over time. 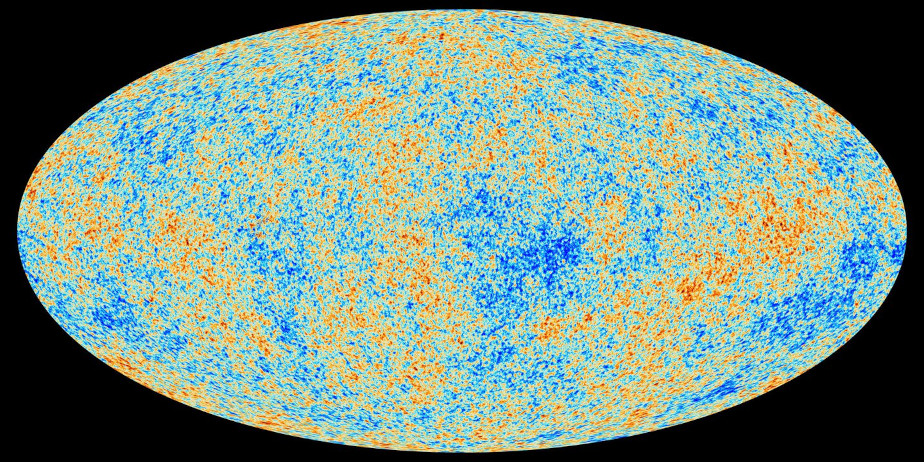 Photons (particles of light) could not cross the young, very hot universe unhindered. On their journeys they collided with electrically charged free protons and electrons. Only once the universe had cooled down to 2,700 degrees was it possible for neutral atoms to form. This meant that photons could pass unobstructed and travel through the universe. These photons form the cosmic background radiation, which we can still observe today. 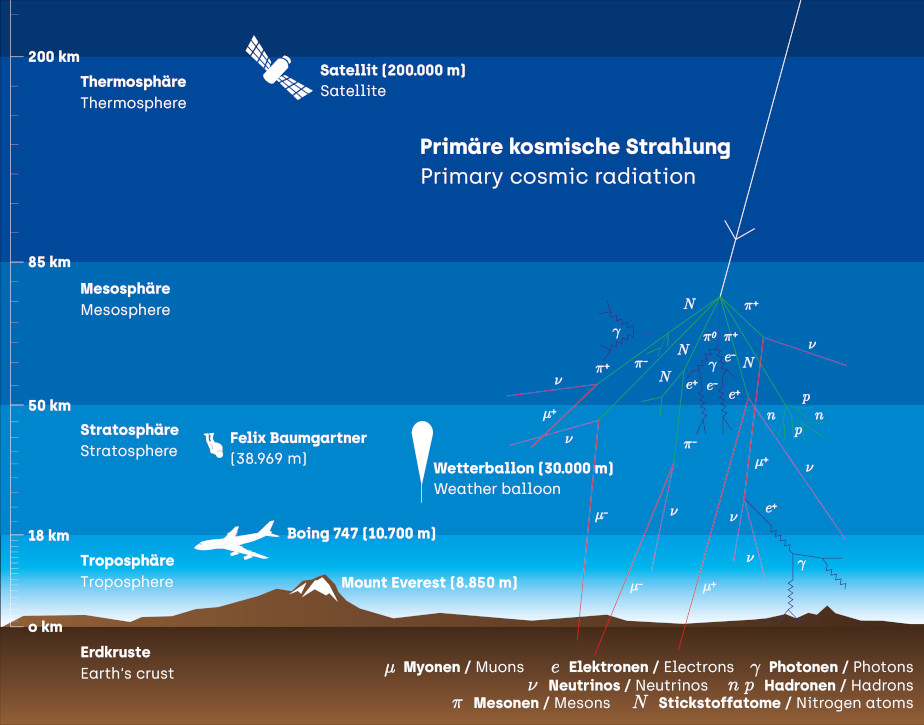 DESY Zeuthen
The flashes you see and hear here are real particles from space, made visible by our spark chamber. These particles are also zipping through our bodies all the time, we just don't notice them. We are permanently exposed to a small but measurable level of radiation in the form of cosmic particles. Part of this is due to highly charged particles from space colliding with atoms and molecules of our atmosphere, thereby generating a particle shower. Of these particles generated, only muons are able to reach Earth’s surface. These electrically charged particles leave behind, albeit very briefly, an invisible trace of charged gas particles. Spark chambers make it possible to see this ionisation trail. Try putting your hand in the chamber to see particles just passing through. This is something that happens all the time!

In the 1960s, the forgotten particle physicist Hubertus M. Frassek invented an automobile with a funnel-shaped collector as a measuring device to prove the existence of tiny black holes. Jan Köchermann let his reconstruction of Frassek's Space Collector first search for minute black holes on the DESY premises in Hamburg in 2017: the starting point of an artistic research project that has manifested itself in multiple forms. In blurred sepia tones, Köchermann's Super 8 film follows the eccentric scientist on his futuristic mission in the funnel vehicle. A peephole installation, in turn, provides a view of Frassek's Cellar, in the depths of which a dark vortex leads into nothingness like a black hole. As a miniature replica, the Space Collector makes reference to the imagination-driven vehicles of bold visions that provide the decisive impetus for scientific knowledge. Köchermann's spatial interventions and constructions are models of an expanded perception. They give shape to the inconceivable and make the invisible palpable—extending way beyond Frassek's Space Collector.

Around 26 percent of the universe consists of a form of matter that we have never seen directly.

Unlike visible matter, this so-called dark matter can neither emit nor absorb light and is therefore invisible to us. So far, it can only be detected indirectly through its gravitational effect on visible matter. 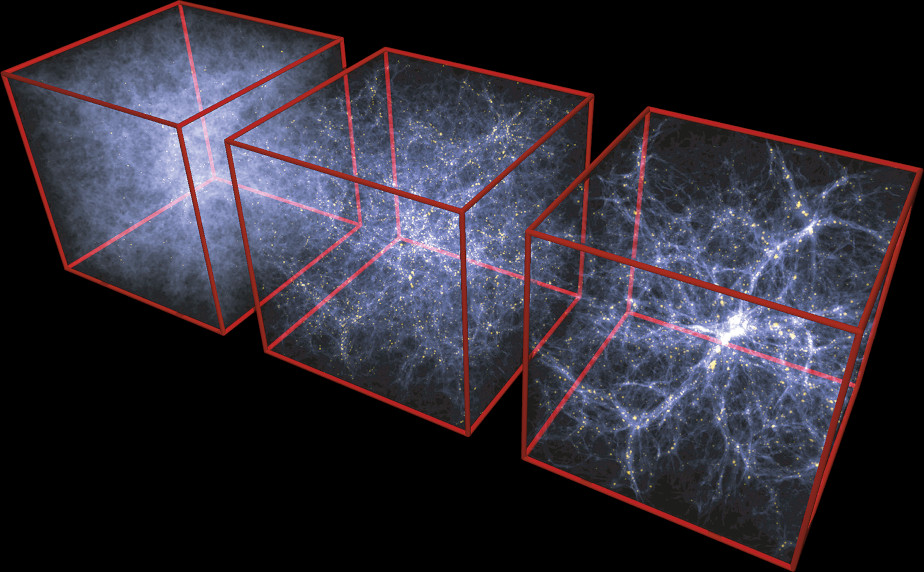 Would you like to go on a little scavenger hunt for dark matter? Maybe you can figure out where additional mass is hiding by observing the motion of little test particles.

In the outer areas of spiral galaxies, stars spin around the centre of the galaxy at such a speed that according to the laws of physics the galaxies should disintegrate. It is thought that they survive because they are embedded in a mysterious type of matter which holds them together. This halo of dark matter can be calculated by observing the movement of the stars.

Have a go yourself. Change the percentage of dark matter and watch how the orbital speed of the stars changes.

Come on through to the other side – if you dare! Behind this curtain begins the universe that we can no longer explore with telescopes. When the universe was younger than 380,000 years, it was so hot and radiated so strongly that our access to it is blocked as if by a wall of light. We can only explore this era with the help of particle accelerators.